Experienced farmers breed sheep and sheep in order to obtain high-quality delicious meat. But it is worth noting that the taste depends not only on the conditions in which the animal was kept, but also on the breed and family. In particular, the Edilbayev breed of sheep is famous for its features and individual characteristics. 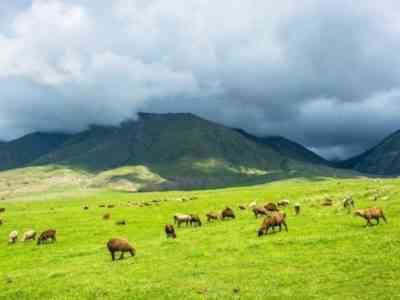 Characteristic of the Edilbayev sheep breed

This breed was first mentioned more than 200 years ago.Local breeders in the western part of Kazakhstan seriously took up the issue of breeding and the ability to breed the universal breed Edilbai, which was supposed to make a coup, the result of the activity of shepherds was more than successful. To do this, they used some trick, crossing the fat tail (sheep with an excess fat layer deposited in the back of the body, above the hips) with large broods of sheep from Astrakhan, which were already famous for their serious weight and high-quality product. Thanks to such experiments, already at the end of the 19th century this family became widely known and widespread in all nearby territories.

In ancient times, the inhabitants of Kazakhstan used to lead a nomadic lifestyle, so all livestock lived in the same conditions. That is why today the Edilbaevsk sheep amaze with their ability to endure poor climatic conditions and easily move at impressive distances without losing weight.

Local residents understood how difficult it is to keep and feed animals in nomadic conditions. The scorching sun did not spare anyone, so there was practically no access to fresh, juicy grass, and they had to be content with the available resources. It should be noted that the indicators did not decrease, but, on the contrary, grew. As a result, there were very few rivers, ponds, or fresh drinking water. The dry climate made it possible to adapt to the worst situations.

Edilbaevskie sheep belong to fat tail animals. Kurdyuk grows with age, and the older the ram, the more fat and grease are deposited. 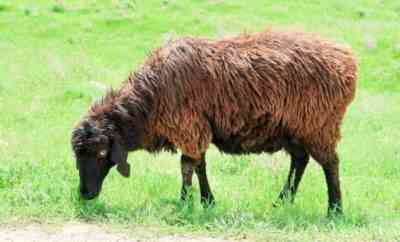 Appearance of the Edilbayev sheep breed

The main purpose of the “bag” is the same as the hump of a camel. Fat accumulates there, which is used as an additional means of maintaining a normal life cycle in an unfavorable period when the sheep body does not receive the right amount of concentrated food. The weight of fat tail is limited to from 15 to 30 kg.

At the withers, the growth of these animals can be 75-80 cm, the length of the body itself is proportional to growth – about 77 cm. For some representatives, the chest circumference can reach a maximum mark and become about 1 m. The weight of the uterus is less than 30–50 kg compared to the inherent sheep:

Edilbaevskie sheep are distinguished by a special shade of color. In some literature, you can find the opinion that there are sheep of several colors. In fact, having carefully studied the photo, you can clearly distinguish 2 main contrasts: black and brown tones.

Depending on age and genetic characteristics, the wool can change color, become a couple of tones darker and brighter.

Sheep of the Edilbayev breed does not differ in blood purity, today’s characteristic of the species is the result of frequent crossbreeding with other varieties in the past.

The best option is to cut hair and hair cover 1 time in half a year, best of all – 2 times in 10 months, this will provide purity of the body and will not contribute to the development of disease and breeding of bacteria. Half the wool consists of down. It is tough and very thick, so it is widely used in many areas.

This product is used for sewing carpets and durable durable clothing made of natural wool.Up to several kilograms of hair can be cut from one ram, usually it’s about 2-3 kg.

This breed of sheep is distinguished by large round body shapes, lack of horns or their small presence at an early stage of development. The head of the Edilbayevsky lambs is small, elongated, of regular shape. Humpbacked nose, teeth adapted to chew dry food and non-fat plants.

The legs of individuals are mobile and very strong, despite the fact that they are thin, the body is flexible, the spine is strong and strong. One of the features that the Edilbayev sheep breed can be proud of is the massive back of the body. The thoroughbred Edilbayev sheep are hardy and very prolific.

Sheep of the Edilbayev breed, unlike other representatives of this family, behave quite calmly in different stressful situations. They are always in a pack and try not to leave the other animals far. In addition, it is worth noting that these are smart and trained lambs, they have excellent reflexes and reaction to what is happening, while they are not wild and are not afraid of everything in a row. 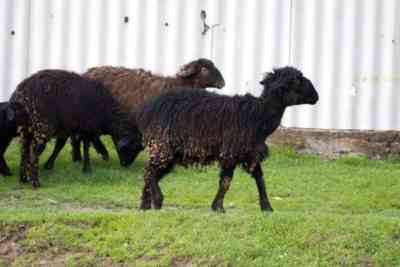 Lambs of the Edilbayev breed

To the extent active, as far as their weight and dimensions allow them, animals do not lose weight, easily influenced by humans, and farmers do not have to spend extra time and energy on domestication.Although the nature of the character may also depend on the conditions in which the pets grew. On online resources, you can see many videos showing the behavior of the lambs in a given situation.

The meat product is the main indicator of the productivity of breeding sheep. The characteristics and quality indicators of meat can significantly affect the price and cost of meat of tail sheep. Breeding Edilbayev’s fat tail sheep in large quantities can bring considerable benefits to farm owners.

The meat, depending on the type of feed, contains no more than 9% fat, which positively affects the taste of a dish made from lamb. At the age of six months, lambs can reach a weight of about 65 kg and already give good meat indicators. If we talk about live weight, it amounts to 35 kilograms, 6 of which are fat and fat.

Milk is one of the most consumed products, while the milk provided by the Edilbayev sheep is extremely appreciated in Kazakhstan.

Most often it is used to make traditional local dishes. Often these are cheeses of different expensive varieties. For 12 months, a large, healthy and prolific sheep can bring up to 180 liters of milk.

Breeding of the Edilbayev sheep

Those who plan to seriously engage in breeding of this breed should say that in the fertility category it is not inferior to its relatives from other families. Pregnancy in these pets is quite easy, it lasts an average of 5-5.5 months, more precisely – 21 weeks. Sheep are mainly prepared for childbirth in winter, the offspring are small, up to 3 lambs at a time. A few days before the birth, the sheep behaves uneasily, actively drinks water or, conversely, loses its appetite and interest in food.

Experts recommend carefully preparing the animal before the birth, thereby facilitating the birth of the baby. To do this, you need to work hard and remove excess hair between the legs of the future mother. A few hours before the birth, it is important to change the litter and pour fresh clean water.

I don’t like Romanov Edelbai sheeps like
Standard of the Gissar breed of sheep. Agricultural expedition in Tajikistan
Exterior and meat productivity of Romanovsk sheep. Romanovskoye LLC
Edilbayev breed of sheep at the All-Russian Sheep Show Mr. Elista

Genus go very quickly: they last about half an hour. In order for the offspring to be healthy and not to have any deviations, it is recommended to consult a veterinarian. Proper breeding of this breed shows a high percentage of offspring survival.

Cleanliness and tidiness are the key to well-being of the livestock of a large percentage of the output of meat in the long run. Fat-tailed Edilbayev sheep do not require special attention and are not picky about the conditions of detention. But it is worth noting that an increased percentage of moisture in the room where they live can adversely affect the general well-being of the animal.Rains and swamps can cause problems with hooves or knuckles, accompanied by inflammation and infections.

Sheep needs constant access to pasture. They can find the remains of edible plants even after the first frost. Edilbaevskaya sheep under a small layer of snow is able to fully satisfy all its nutritional needs.

Fat tail sheep of this breed need to be fed plants and feeds of different composition in order to saturate their body with the necessary substances and additives that contribute to growth and full development. The list of these products can include:

The Edilbaev breed of sheep is different in that it must certainly add impurities and additives to food and fortified concentrates, so that individuals do not hurt and fully eat. In addition, salt plays a very important role in the life of an animal such as the Edilbayev sheep breed, and it helps to grind all the roughage and leftover food that sheep find in the pasture.

Application of the breed

Today, this breed is very actively used in order to study all the features of building the body of such cattle.Breeders and veterinarians are conducting research and are ready to present the development of new species with the participation of Edilbay ram. Scientists have proved that endurance and good performance in the processing of waste products are fully transmitted at the genetic level, so the sheep of this family often take part in breeding.

Today, the cost of a lamb a couple of months old can reach several thousand rubles. 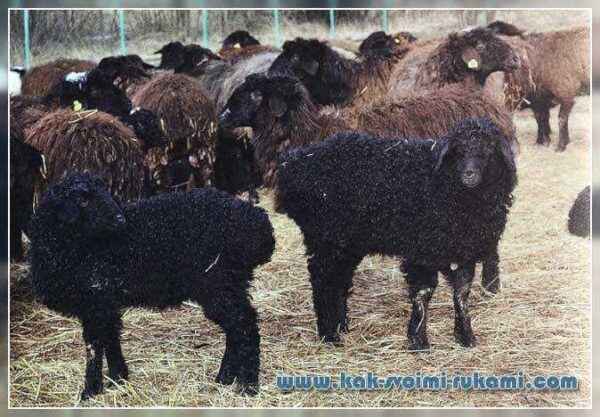 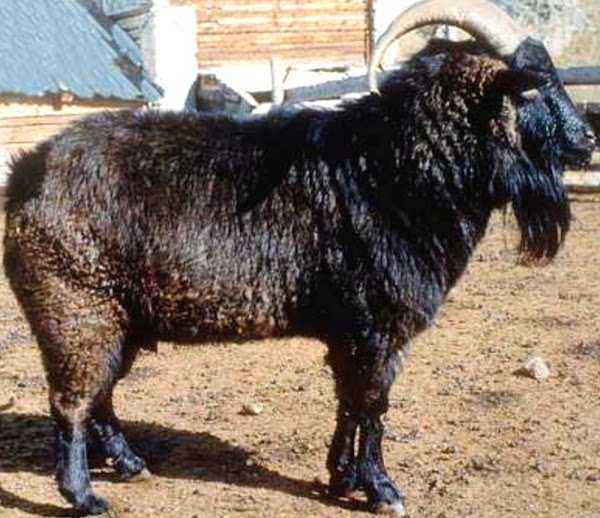 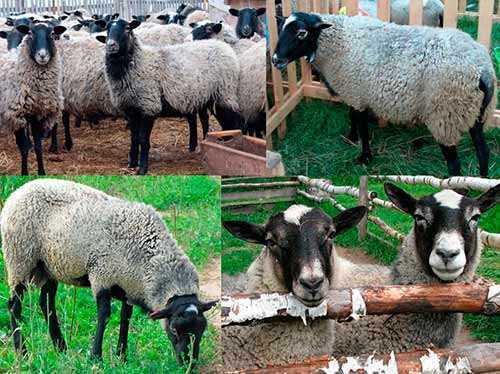 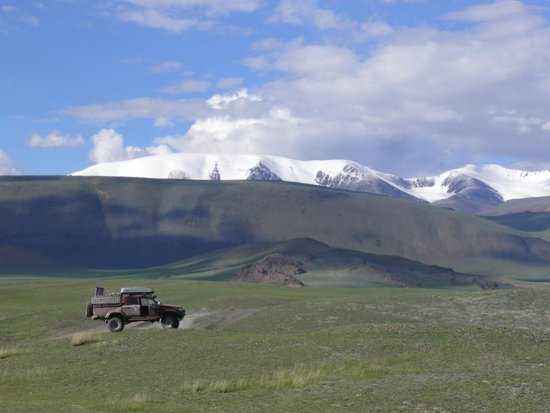 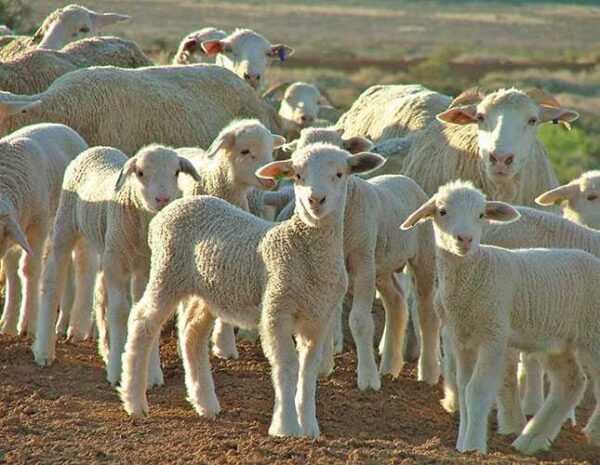 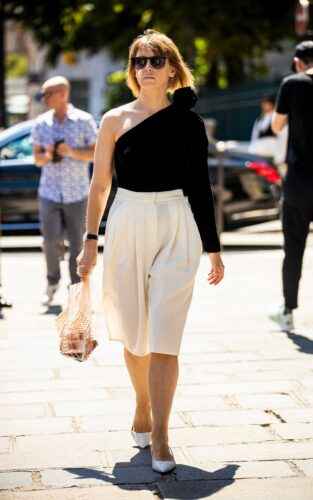 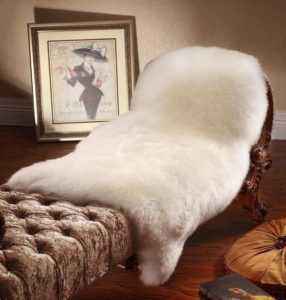 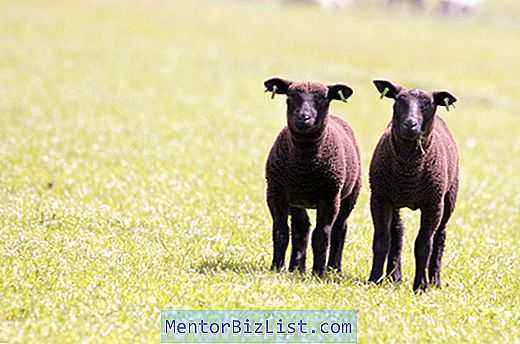 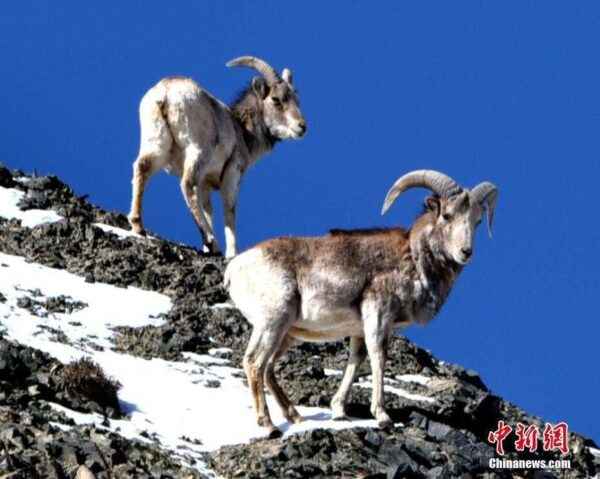 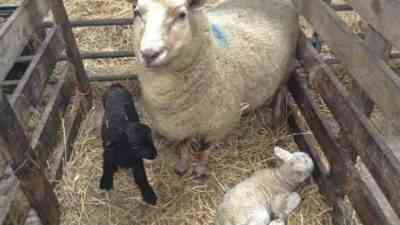 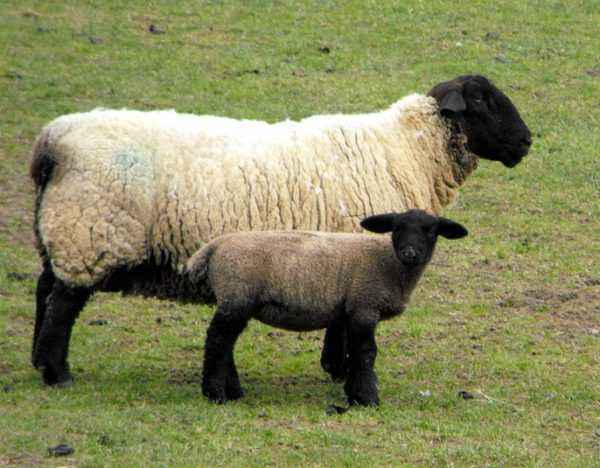 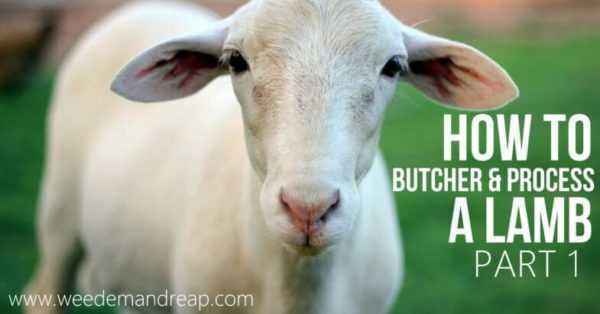 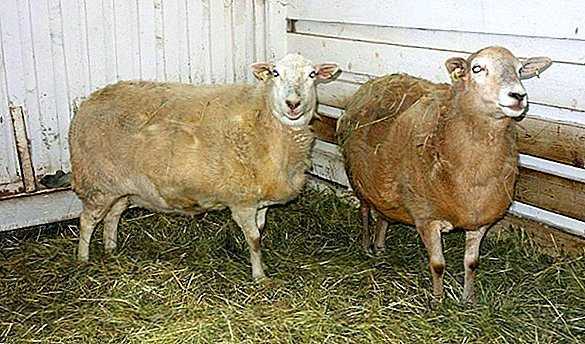 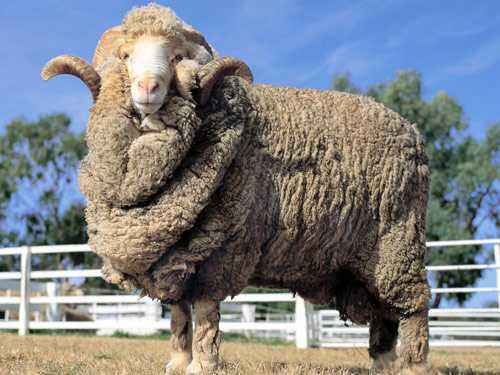 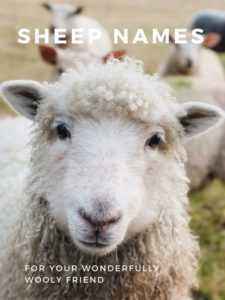