The human diet includes a large number of dairy products: cheeses, kefir, fermented baked milk, sour cream and others. All of them would not have been without an animal, which is a source of valuable and useful milk – a cow.When breeding cows, the lactation period plays an important role, since it is this factor that determines the benefit of the animal in farming. 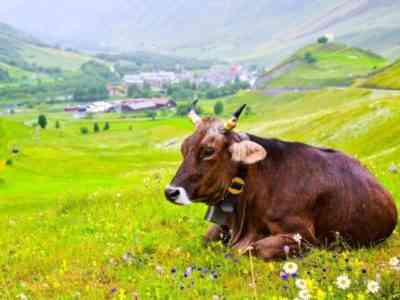 How old is the cow

For beginner breeders, you also need to know how much a cow lives. Knowing such information, each person can calculate how much profit she will bring to him and when it is better to prepare for her slaughter.

The life of cows and their history

A cow is an animal, domesticated by man since ancient times. Archaeologists claim that the oldest remains are more than 40 centuries old. Domestication of the animal occurred in the early Neolithic era. Wild cattle Tour and Zebu was used by people as labor in agricultural work. In the modern territory of Syria, the ancestors of the modern cow were raised only for profit: milk, meat and skins.Gradually, the popularity of cow breeding overtook the countries of Africa, as well as Europe. And already in the II-III century A.D. the first ancestors of animals called dairy appeared on the territory of the modern Balkans.

What determines the life expectancy of cows

Many farmers are confident that the animal body will benefit by giving milk as long as possible, provided that it is properly cared for, therefore, deciding to seriously engage in cow breeding, it is necessary to equip own farm, know about the features of feeding and walking. It is the owner’s attitude to livestock that plays a primary role in the productivity of the burenka.

Dairy breeds and their average age

You can answer the question about how long a cow lives on average only knowing its type and the conditions under which it is contained. These factors guide every breeder who has cows in the farm. There are 2 main types of cows: dairy and meat. The life expectancy of each of these varieties has its own characteristics related to the value of the final product of the benefit (milk or meat), as well as the conditions of the breeder himself.

Livestock kept in more comfortable conditions can live up to 25 years. But until this age, keeping cows is inappropriate. The need for slaughter is associated with the phases of their productivity:

Dairy animals kept at home can be useful for a longer time. The species of living creatures, as well as the climatic characteristics of the region, play an important role in the duration of its productivity. If the cow is properly managed, given a wholesome and balanced diet and monitors its health, then the lactation period will be profitable for the farmer even before the age of 20.

The cattle that are kept in a large farm live 2 times less. Burenki live on average up to 10 years. The quality of care on such farms is much worse. This also affects lactation. As soon as one cash cow shows poor performance results, it is sent for slaughter.

But such inhumanity most often does not depend on the wishes of the farmer himself. On average, in large enterprises, one barn contains up to 500 heads. It’s difficult to give everyone proper care. Especially if there are not enough specialists.

The development of the dairy industry in special European countries nevertheless has reached its maximum potential.

Organization of the care of cows in Switzerland, Israel and Germany completely complies with European standards. In these states, it is customary to carefully monitor the condition of each burenka and maximize the duration of lactation.Thus, in Israel, large enterprises receive dairy products even from cows, whose longevity can be compared with animals that live in the wild. On some farms where cows are kept, they are fed the most wholesome food, they walk in the pasture, bathe 2 times a day, and clean the barn. Some breeders even include music for the cows. And such an attitude towards cattle could not affect longevity. It is not in vain that Israel has a leading position in terms of age among cows.

Why should we care about the health of the livestock?

How long the cow will live at home depends on total profit of a person. And if there are several pets, then the benefit also increases. But not always everything goes smoothly. Like all creatures on the planet, the cow has its own immunity against infectious and viral diseases.

Depending on whether the farmer supports his condition, the animal will benefit him. That is, if a calf, heifer or bull becomes infected with some kind of infectious disease, then their productivity decreases. When keeping a large number of cows, the risk is increased that the entire production of dairy products will be paralyzed. And how much time will be spent on their recovery, will depend on the timeliness and effectiveness of treatment. Because of this, it is necessary to monitor the health of livestock.

What every farmer should know

Any beginner and experienced farmer who does not seek quick financial profit should maximize the productivity of cows. At home, this is not difficult. Burenki live as long as the person himself permits. And if he creates suitable conditions for them, he will be generously thanked. Dairy products have great biological value. Especially if such products are homemade. Burenki live for a long time with good care, the indicators of which are:

It is especially important to monitor the quality of milk. On average, each cow consumes up to 10 kg of feed per day. And its usefulness is the basis of the taste of the dairy products that it gives. There is only one conclusion: the better the feeding, the more the farmer will profit.

At home, cows and bulls live less. On average, fifteen-year-old males go to slaughter due to a decline in sexual strength. In meat farms, bulls are often taken to slaughter at the age of two. This is due to the high biological value of veal.

Everyone knows how much benefit it brings.This meat is very tender and almost no veins. Homemade veal is an important dietary product. It is used to feed young children, as well as patients in need of a healthy diet. 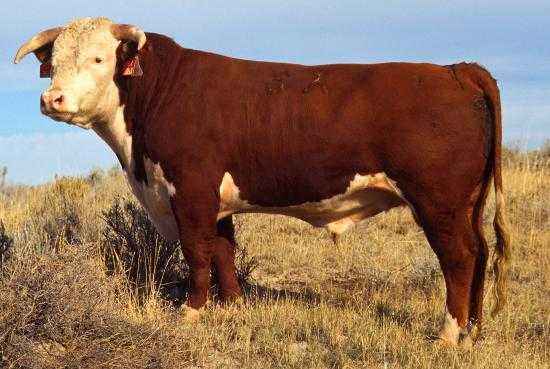